TEHRAN (Defapress) - Commander of IRGC Navy said that the Force has reached such a level of combat readiness that if enemies want to pose a threat at sea against its interests, they will receive a decisive response that it will make regret.
News ID: 84128 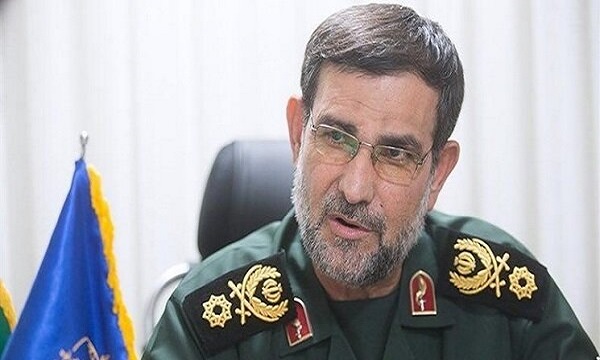 Speaking on the sidelines of the 11th Nationwide Holy Quran Competitions in the holy city of Mashhad in the Khorasan Razavi province in northeast Iran on Friday evening, Rear Admiral Alireza Tangsiri stated, “Our fight against the Global Arrogance and oppressors including the United States and the Zionist regime is based on the principles and teachings of the Holy Quran. We neither oppress anyone nor will we give in to any oppression.”

The commander said that the IRGC naval forces have reached the apex of preparedness to defend the interests of the country with all might.

Rear Admiral Tangsiri went on to add that the IRGC Navy has reached such a high level of preparedness that if enemies pose a threat at sea against its interests, they will receive a decisive response that will make them regret their move.