TEHRAN (Defapress) - A Greek court ruled on Wednesday a cargo of Iranian oil seized and removed from an Iranian-flagged vessel last month must be returned to its owners.
News ID: 84225 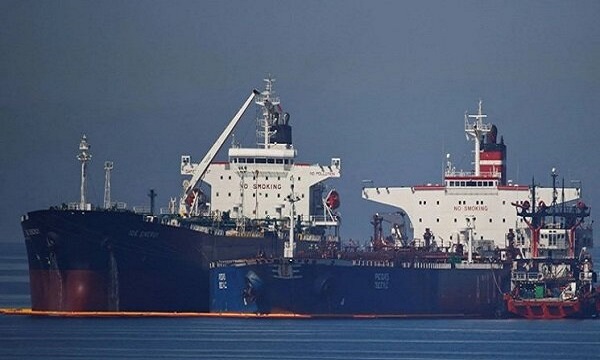 A Greek court on Wednesday overturned an earlier court ruling that allowed the confiscation by the United States of part of a cargo of Iranian oil on an Iranian-flagged tanker off the Greek coast, three sources familiar with the matter said, according to "shippingherald" news website citing a report by Reuters.

The incident had led to an angry response by Iran, with Iranian forces last month seizing two Greek tankers in the Gulf after Tehran warned it would take “punitive action” against Athens.

Iran had also appealed the original court decision, one legal source said, declining to be named.

The Iranian embassy in Greece also announced, “Following intensive follow-ups, the Greek Court of Appeals will revoke the ruling of the initial court to confiscate oil belonging to Iran and the entire oil shipment will be returned.”

On April 19, the Greek Navy seized the Russian tanker Pegasus, operating under the Iranian flag, off the island of Euboea. The Greek government announced that it would deliver 115,000 tons of Iranian oil on the Lana tanker to the United States, but Tehran called the move an act of piracy by Athens.

Iranian Ambassador to Greece Ahmad Naderi, in continuation of intensive diplomatic and legal activities over the past few weeks to prevent US piracy off the coast of Greece, visited the port of Karistos and met with the captain of the ship to review the latest developments.

Following the seizure of the Iranian ship in Greek waters, the Iranian Ministry of Foreign Affairs summoned the Greek Charge d'affaires to convey strong protest of Iran to the Greek officials. The Ports and Maritime Organization (PMO) also issued a statement urging the Greek government to live up to its international obligations in this regard.