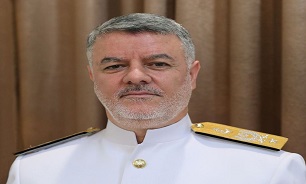 Admiral Khanzadi is scheduled to attend the IONS symposium in Kochi Port in southwestern India on Monday.

Ahead of his departure, Khanzadi told  (IRNA) that the Indian Navy has held a special three-day summit with participation of 32 countries on the occasion of the tenth anniversary of Indian Ocean Naval Symposium.

“The Indian Ocean region is considered one of the most important areas of the world, and its security is very important. In this regard, IONS has been working for 10 years to increase environmental awareness and synergy among the countries of the region to achieve collective security,' he said.

He went on to say that Iran's strategic navy has been chairing the summit for 2 years, nearly 6 months of which has passed.

It provides a forum to increase maritime security cooperation, providing a chance for discussion of regional maritime issues and promote friendly relationships among the member nations.