TEHRAN (defapress) – Iran’s Intelligence Minister Mahmoud Alavi said the country’s intelligence apparatus will exact a stern and crushing revenge on the plotters, perpetrators, and supporters of the heinous crime in Sistan and Baluchestan province.
News ID: 75606 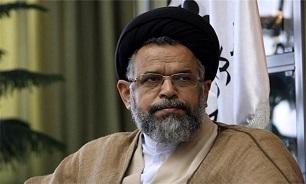 The IRGC personnel were traveling between the cities of Zahedan and Khash, in Sistan and Baluchestan Province on Wednesday, when their bus was targeted in a car bomb attack.

The attack killed 27 IRGC members and wounded 13 others with the so-called Jaish ul-Adl terrorist group claiming responsibility for the bombing.