TEHRAN (defapress)- A number of elite British commandos sustained injuries in direct gunfights with Yemeni forces as part of what appears to be a secretive UK military campaign in Yemen, a new report said, adding a major twist to London’s involvement in Saudi Arabia’s deadly war against its impoverished southern neighbor.
News ID: 76378 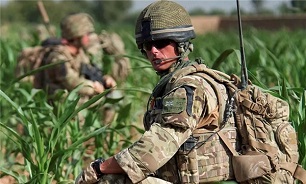 The Mail on Sunday reported that it can reveal that at least five members of the UK’s Special Boat Service (SBS) troops had suffered gunshot injuries in fierce clashes with members of the Ansarullah movement.

The SBS personnel received treatment for leg and arm wounds in Yemen’s Northern Sa’ada province, where the report noted that around 30 elite British forces had been based.

The injured soldiers had been taken back to the UK to recover, the report added.

“The guys are fighting in inhospitable desert and mountainous terrain against highly committed and well-equipped Houthi rebels. The SBS’s role is mainly training and mentoring but on occasions they have found themselves in firefights and some British troops have been shot,” an SBS source told the Mail.

“In a contact a few weeks ago, a SBS guy was shot in the hand and another guy was shot in the leg. Their injuries were a reminder that this is a very dangerous assignment. Obviously nothing about the mission will be confirmed publicly by the Ministry of Defense unless a UK soldier is killed – they’d have to announce that,” the source added.

The SBS teams deployed to Yemen include medics, translators and Forward Air Controllers (FACs), who are tasked with directing Saudi air support.

The SBS, a 200-strong force based at Poole in the British town of Dorset, is a maritime Special Forces unit that mainly recruits the Royal Marines. The force has been known for its operations in Iraq, Afghanistan and most recently in Syria.

The UK, along with the US, seized on the opportunity and signed major arms deals with the oil-rich kingdom, while also providing it with target intelligence and personnel training throughout the conflict.

Britain has licensed over £4.7 billion worth of arms exports, including missiles and fighter jets, to Riyadh since the deadly conflict began in 2015. London has so far faced down calls for a ban on the weapons sales despite the growing humanitarian disaster.