TEHRAN (defapress) – Iran’s Foreign Ministry condemned any action endangering the lives of civilians in Afghanistan after a Taliban suicide attack near a hospital in the southern city of Qalat killed dozens of people.
News ID: 78765 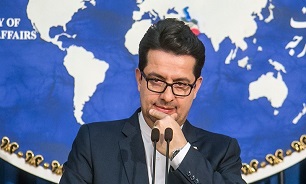 In a statement on Friday night, Foreign Ministry Spokesman Abbas Mousavi expressed concern about the escalation of military clashes and attacks on Afghan public service centers and civilian gatherings.

He also condemned any operation that would threaten the lives of ordinary people, particularly the women and children.

The Iranian diplomat further expressed hope that all forces caring about the future of Afghanistan could get through the current rough times without foreign interference and by adopting peaceful approaches.

At least 39 people have been killed and 90 wounded in the suicide attack in Qalat, in Afghanistan’s southern province of Zabul.

The Taliban claimed responsibility for the attack. The group’s spokesman, Zabihullah Majihed, said the target was a nearby intelligence center, adding that the bomb had left "tens of intelligence operatives killed/wounded.”