Russia Warns US of ‘Grave Consequences’ of Soleimani Assassination 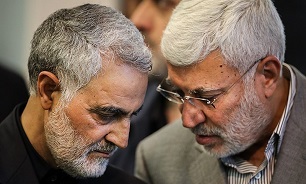 Moscow said General Soleimani’s assassination would have “grave consequences for regional peace and stability,” according to a Friday statement from Russia’s Foreign Ministry, National Review reported.

“We are guided by the premise that such actions are not conducive to finding solutions to the complex problems that have piled up in the Middle East. On the contrary, they lead to a new round of escalation of tensions in the region,” the statement said.

“This is probably the height of cynicism,” said Russian Foreign Ministry spokeswoman Maria Zakharova Friday. “Washington did not appeal to the Security Council, which means that it is not interested in the world’s response (but is) interested in changing the balance of power in the region.”

US Secretary of State Mike Pompeo spoke to Russian foreign minister Sergey Lavrov over the phone after the assassination and assured Moscow that the US is not looking for a war with Iran, and the drone strike was carried out to prevent what he called planned “imminent attacks” on Americans.

For his part, Lavrov called the move “illegal” and complained that he was not notified before it was made.