TEHRAN (defapress) – The common borders between Iran and Iraq are among the world’s safest frontiers, commander of the Iranian Border Police said.
News ID: 80027 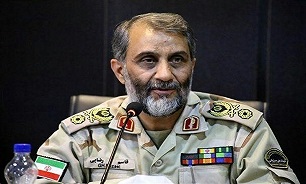 Speaking to reporters on the sidelines of a visit to the Chazzabeh border crossing in southwest of Iran, Brigadier General Qassem Rezaei said the common border of Iran and Iraq are among the safest borders in the world.

He also noted that such high level of security results from the close coordination between the border guards of the two countries and the local residents of the border areas.

The commander then highlighted the close diplomatic relations between the security forces of Iran and Iraq at the border crossings, saying the border guards of the two neighbors hold regular meetings to enhance coordination for the missions and strengthen the spirit of amity.

Brigadier General Rezaei finally emphasized that the sanctions have not had any adverse effect on the security of the Iranian borders, saying, “There is no economic and trade sanctions along the Iranian and Iraqi borders, and the business people and travelers are easily handling trade exchanges and crossing the border from the two countries.”