TEHRAN (defapress) – Iran’s Council of Islamic Revolution Forces Alliance, the main rival of the reformist movement, presented a formal list of candidates on Friday, a day after campaigning for the 11th parliamentary elections began.
News ID: 80210 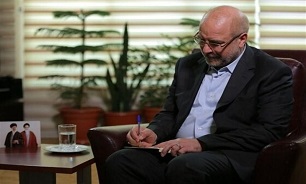 The Council of Islamic Revolution Forces Alliance announced its final list of candidates for the Tehran constituency in the parliamentary elections due to be held later this month.

The former mayor of Tehran, Mohammad Baqer Qalibaf, who ran for the 12th presidential election in 2017, is at the top of the list.

Mostafa Aqa-Mirsalim, one of the six candidates racing for Iran's presidency in 2017, ranks second on the list.

In a statement on Friday, Gholam-Ali Haddad Adel, the chairman of the Council of Islamic Revolution Forces Alliance, called on the people of Tehran to vote for the list in the upcoming polls.

The election campaigns officially began in Iran at 00:00 Thursday (20:30 GMT, Wednesday), and will last until the end of next Wednesday, February 19.

The nationwide votes for the parliament and the midterm election of the Assembly of Experts will be held simultaneously on Friday, February 21.

The campaigns for the Assembly of Experts midterm election had already begun on February 6.

Also people in five provinces, North Khorasan, Khorasan Razavi, Fars, Tehran and Qom are going to elect 7 candidates running for the midterm election of the 88-member Assembly of Experts, a high-ranking body that elects leader of the Islamic Revolution.

Top Iranian officials have repeated calls over the past weeks for a high turnout in the elections.