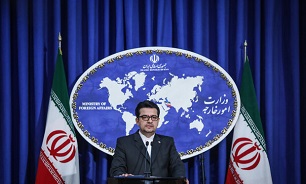 Mousavi condemned the recent moves by the Zionist regime, saying that these moves are in line with the implementation of Trump’s disgraceful so-called plan of the ‘Deal of the Century’.

He described such illegal actions as a violation of international law and a threat to peace and security in the region, calling on the United Nations and other international bodies to act within the framework of their duties and responsibilities to deal with these moves.

Referring to the Zionist regime's abuse of the current situation caused by coronavirus outbreak, Mousavi said the oppressed people of Palestine are fighting viruses such as occupation, siege, and sanctions at the same time as coronavirus.

Emphasizing that the land of Palestine belongs to the Palestinian people, Mousavi said that the Zionist regime is an occupier regime, and the only solution to the Palestinian crisis is to hold a referendum among the main inhabitants of this land and to establish an independent Palestinian state.