TEHRAN (defapress) – Iran has warned the International Atomic Energy Agency against any push for intrusive inspections of two nuclear sites in the country, saying adopting a new resolution would ruin any possible agreeable solution in the future.
News ID: 81354 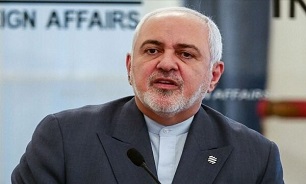 Following the submission of a draft by France, Britain and Germany – all parties to Iran’s nuclear deal (JCPOA) – to the IAEA Board of Governors calling on Iran to allow access to the sites, Iran’s Foreign Minister Mohammad Javad Zarif warned that pushing for any intrusive inspections would ruin the possibility of any agreeable solution.

“BoG should not allow JCPOA enemies to jeopardize Iran’s supreme interests. E3 should not be an accessory, after failing own JCPOA duties,” Zarif tweeted late Thursday.

“We’ve nothing to hide. More inspections in Iran over last 5 years than in IAEA history. An agreeable solution is possible, but Res will ruin it,” he added.

Iran says such a resolution is based on anti-Iran allegations raised by the Israeli regime and serves American goals.