TEHRAN (defapress)- Chinese Consul General of Houston Cai Wei said on Thursday he was "quite surprised" to learn that Washington ordered closure of the Houston consulate and added that the United States provided no evidence of alleged espionage activities to corroborate the eviction.
News ID: 81614 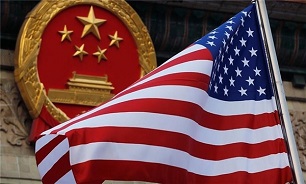 "I know, Americans call that the rule of law and you have that you are not guilty until you are proven guilty. Ok, if you say we have done something wrong, so give us some evidence. Otherwise, we are innocent, until you prove it," Cai told ABC 13 broadcaster, when asked to comment on Washington's claims that the Consulate General was engaged in economic espionage.

Cai urged the United States to check facts and stressed that "whether you are a top diplomat, or a very junior diplomat, the first lesson is you have to speak the truth".

The consul general announced that he never expected "to be treated like this", as the consulate was working to establish friendly relations between the United States and China.

On Wednesday, the Chinese Embassy in Washington issued a statement saying that it strongly condemned the closure of the consulate in Houston and warned that Beijing would respond to what it considers to be a "political provocation".

The US government has ordered China to leave the diplomatic premises in Houston by the end of the week over intellectual theft concerns. China has denied the accusations and criticized the United States for violating international law and inciting hatred toward Chinese nationals, as seen from multiple threats made to the embassy in Washington.