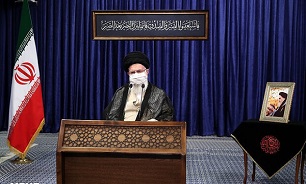 The meeting is being held on the occasion of the National Government Week, which started today.

Rouhani is set to deliver a report to the Leader on the government’s latest activities.

In late August 1981, a bomb explosion claimed the lives of top officials including the then-president Rajaei and prime minister Bahonar.

The terrorist group of Mojahedin-e Khalgh Organization (MKO) was responsible for the 1981 attack.