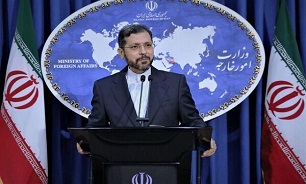 Foreign Ministry Spokesman Saeed Khatibzadeh, in a statement on Friday, said Mr. Abe Shinzo provided valuable assistance to the development of the friendly and historical ties between the two countries during both of his terms in office.

Wishing health and success for Abe Shinzo, the spokesman added, "The Islamic Republic of Iran stresses its resolve to reinforce its relations with Japan and appreciates Mr. Abe's attention to ties between the two countries."