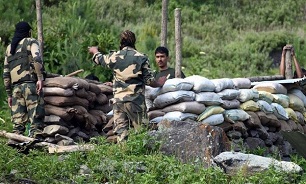 “The border issues have recently significantly impacted the relations between our countries and armed forces. Causes and the real situation, which have resulted in the current border tensions, are absolutely clear: the Indian party is fully responsible for that,” the Chinese Defense Minister said on Saturday, as quoted by the national Ministry of Defence, Sputnik reported.

He added that China would firmly protect its sovereignty and territorial integrity.

The Chinese Defence Ministry announced in a statement that the ministers have called for the peaceful settlement of the border dispute.

“The parties must scrupulously fulfill the important agreements reached by [Chinese] President Xi Jinping and [Indian] Prime Minister Narendra Modi, and firmly insist on the resolution of problems via dialogue and consultations,” Wei stated after the talks.

He expressed hope that the Indian party would respect the bilateral agreements; refrain from provocations, crossing the line of control, and any other steps that may escalate the border tensions.

“The sides must take joint efforts and narrow their positions, promote the quick de-escalation of the current situation as well as ensure peace and stability near the Chinese-Indian border,” Wei noted.

In turn, Singh stressed the importance of ensuring peace and stability in the border area as well as keeping communications channels between diplomats and the military open.

The defense minister hopes that the countries would manage to ensure the full separation of forces, avoid the steps that may escalate the situation as well as prevent the differences turning into conflicts.

Both ministers are currently in Moscow to attend the meeting of defence ministers of the Shanghai Cooperation Organization, Commonwealth of the Independent States, and the Collective Security Treaty Organization nations. The bilateral meeting was requested by Wei.

Border conflicts are a permanent fixture of India-China relations, as the countries do not have a marked border but rather the Line of Actual Control, created after the 1962 war between the nations. However, the tensions became more strained as a result of skirmishes between the countries' border forces starting in May.

In order to normalize the situation, the commanders of the regional forces, as well as diplomats from both sides, conducted a series of negotiations resulting in the troops of both countries returning to their initial positions.