TEHRAN (defapress)- Lebanese military forces intercepted and targeted an Israeli unmanned aerial vehicle as it was on a reconnaissance mission in the skies over the Southern part of the country, only about two weeks after Hezbollah resistance fighters shot down an Israeli aircraft in a similar incident.
News ID: 82009 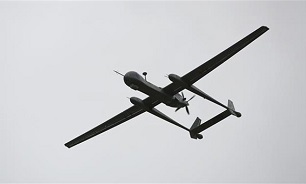 “At around 17:10 pm local time (1410 GMT), a drone belonging to the Israeli enemy penetrated the Lebanese airspace over the town of Ayta al-Sha’b,” Lebanon’s official National News Agency cited a statement released by Lebanon’s army on Thursday.

It added, “The drone was shot down by members of one of the army posts 200 meters away from the Blue Line”, which separates Lebanon from the Israeli-occupied territories.

Israel’s military, meanwhile, alleged that one of its drones had fallen inside Lebanon during “operational activity” along the frontier.

“There is no risk of breach of information,” an unnamed Israeli army spokesman said, offering no further details.

On August 23, the Hezbollah resistance movement said in a statement that it had shot down an Israeli drone near the border town of Ayta al-Sha’b, and was in possession of the aircraft.

Lebanon's government, Hezbollah and the United Nations Interim Force in Lebanon (UNIFIL) have repeatedly condemned Israel’s overflights, saying they are in clear violation of UN Security Council Resolution 1701 and the country's sovereignty.

The resolution, which brokered a ceasefire in the war Israel launched against Lebanon in 2006, calls on Tel Aviv to respect Beirut's sovereignty and territorial integrity.

Tensions have been running high between Israel and Hezbollah since July 20, when Tel Aviv killed Hezbollah member Ali Kamel Mohsen in an airstrike on Syria.

The Israeli military has placed its forces near the Lebanese and Syrian borders on high alert after Hezbollah promised retaliation.

Israeli forces shelled the Lebanese village of Habaria on July 27 to stop an alleged Hezbollah offensive, but the Lebanese movement dismissed the allegation, calling it the result of tension and confusion among Israeli forces.

After the incident, UNIFIL pledged to undertake an investigation into what happened.

But a diplomatic source said “there were no conclusive findings and nothing really happened”.

Last month, a leading US news website said the recent developments have “shed light on Israel’s impossible situation” along the Lebanese border.

According to Business Insider, Hezbollah has established a high level of deterrence in Southern Lebanon, where as many as "150,000 rockets and missiles" are pointed at Israel.

The movement can pour dozens if not hundreds of rockets into Israel throughout the Northern third of the occupied territories “almost unimpeded”, said Business Insider.