Audacity towards sanctities is violation of human dignity

TEHRAN (defapress) – In a reaction to the statements of French President Emmanuel Macron, First Deputy Speaker of the Iranian Parliament said that rudeness towards sanctities is clear violation of dignity of all human beings.
News ID: 82433 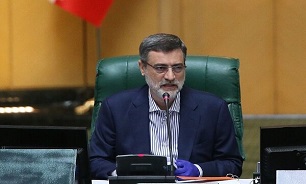 Speaking in an open session of Parliament on Sunday, Seyyed Amir-Hossein Ghazizadeh Hashemi first congratulated the birth anniversary of Hazrat Muhammad (PBUH) and Imam Ja’far Sadiq (PBUH), marking the Unity Week, and stated, “Founder of the Islamic Revolution the late Imam Khomeini (RA) called the birth anniversary of the Holy Prophet Muhammad (BPUH) as Unity Week in order to confront the conspiracies waged by enemies of Islam."

Elsewhere in his remarks, Ghazizadeh Hashemi pointed to the expansion and development of pure culture of Islam as the important objective of the Islamic Revolution and added, “Relationship between Shia and Sunni is unbreakable in a way that a close and intimate relationship has been created between Shia and Sunni. If anyone says a word that causes division among Muslims, know it for sure that he or she is ignorant.”

He then reacted to the shameful remarks of French President in insulting the Holy Prophet of Islam Hazrat Muhammad (BPUH) and added, “The media outlets of the Zionist regime and the United States and their other supporters have taken the most brazen approach to confront pure Islam and prevent independence of European youth and their inclination to the pure religion of Islam."

Western countries do not value the inalienable freedoms of their citizens at all, Ghazizadeh Hashemi emphasized.

The French and European authorities should know that protection of divine sanctities is part of the common human values and that arrogance towards these sanctuaries is a violation of the sanctity of all human beings, he added.