TEHRAN (Defapress) - The Commander of the Islamic Republic of Iran Air Force (IRIAF) Brigadier General Aziz Nasirzadeh said that Air Force of the country is ready to defend airspace of the country with utmost power.
News ID: 83097 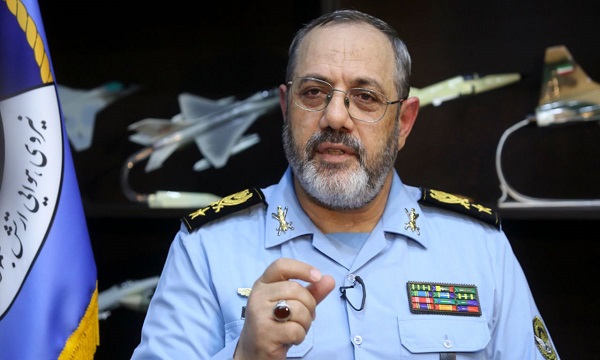 Speaking in a local ceremony on Sat., he stated that fighter jets of Iran’s Air Force defended the economic regions of the country during the eight years of Sacred Defense (Iraqi imposed war against Iran in 1980-1988).

Pilots of Air Force of the Islamic Republic of Iran are ready to defend the security of country's skies powerfully, Brigadier General Nasirzadeh reiterated.