TEHRAN (Defapress) - Iranian Minister of Defense in a message to his Turkish counterpart expressed condolences on martyrdom of a number of Turkish military forces and commanders as a result of a military helicopter crash that claimed 11 lives.
News ID: 83106 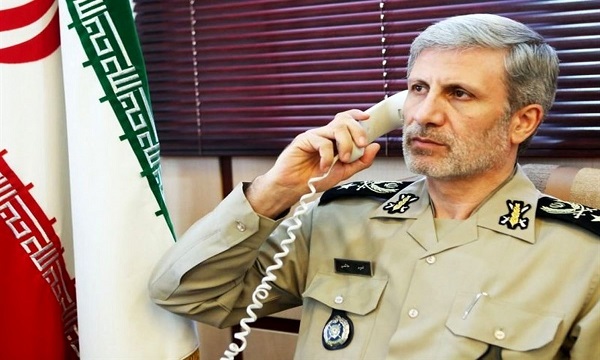 Iranian Defense Minister wished a speedy recovery for those injured in the incident.

At least 11 Turkish soldiers, including a senior officer, were killed and two others injured as a military helicopter crashed in eastern Turkey on Thursday.

In an earlier statement, the ministry said 10 soldiers lost their lives and three soldiers were injured in the crash in Bitlis province. Later, one of the soldiers succumbed to his wounds.