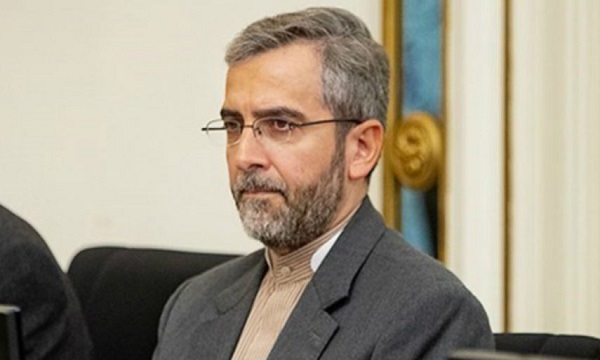 In a letter addressed to the Secretary-General of the Council of the European Union Jeppe Tranholm Mikkelsen, Head of the Iranian Judiciary's High Council for Human Rights Ali Bagheri Kani, while enumerating the bitter examples of violations of the rights of Iranian citizens in Europe, strongly criticized the irresponsibility of these countries in human rights issues and asked them to work with the Special Rapporteur on Iran to investigate the situation of Iranian prisoners in Europe.

He also pointed to the violation of rights of Iranian citizens in EU member states, including Mehdi Kiasti (in the Netherlands), Mousa Bashtani (in Warsaw, Poland), Sajjad Shahidian (in the United Kingdom), Behzad Pourghanaad (in Germany), Davoodzadeh Loloui (in Denmark), Jalaleddin Ruhollahnejad (in France), Mohammad Boroujerdi (in Denmark), Hamid Nouri (in Sweden) and Behnam Bahrami Taghanki (in Switzerland) who faced with bitter cases such as cremation, illegal and violent arrests, arbitrary detention, disappearances and also similar inhuman acts.

Bagheri also condemned the inaction of the Council of the European Union in response to the reproduction of medieval rules and regulations by European governments and deprivation of Iranian citizens from continuing their studies in the scientific and academic centers of EU countries and emphasized the need for the Council of Europe to work with the Special Rapporteur on the situation of Iranian prisoners to "ensure the rights of Iranian prisoners detained in Europe".

The European Union on Monday added eight Iranian individuals and three entities to its sanctions list on the pretext of human rights violation.

The travel bans and asset freezes are the first time the EU has imposed sanctions on Iran on the pretext of human rights abuses since 2013.