Iran was fully ready for Hajj this year

TEHRAN (Defapress) - The deputy chairman of Iran's Hajj and Pilgrimage Organization said Monday that Iran was fully prepared for this year's Hajj Pilgrimage by taking necessary measures to ensure safety of its pilgrims.
News ID: 83455 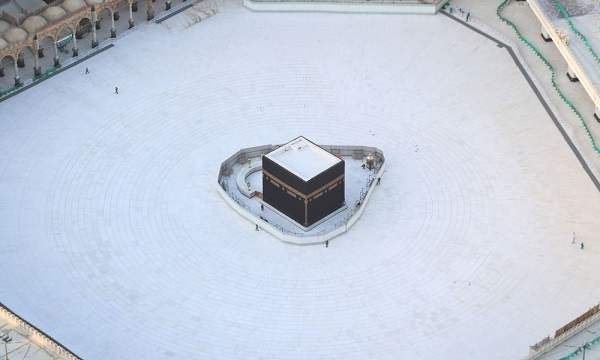 Akbar Rezaei, deputy chairman of Hajj and Pilgrimage Organization of Iran, reacted to Saudi Arabia's decision to limit this year's Hajj to 60,000 citizens and residents due to the Covid-19 restrictions, saying that the Iranian body had fully prepared itself for this year's Hajj before the Saudi announcement.

"All important measures such as preparing instructions, computerized systems, health protocols, coordination with the Ministry of Health for vaccination of pilgrims, etc. were done and we were fully prepared for all scenarios related to despatching the pilgrims from Iran," the Iran Hajj organization deputy head said.

He recounted that lots of Islamic countries, including Iran have already begun vaccinating their citizens, and that Saudi Arabia initially conditioned this year's Hajj on negative Covid-19 test results and physical health of the pilgrims from other countries, saying that the Saudis were expected to let in pilgrims from some Islamic countries, which was later called off its planned scheme.

Rezaei further noted pilgrims from other Islamic countries are deprived of blessing Hajj this year as a result of Saudi Arabia's decision.

The Saudi Ministry of Hajj and Umrah announced on Saturday, June 12 in a statement that a total of 60,000 pilgrims will be allowed to perform the pilgrimage this year in light of the coronavirus pandemic.