TEHRAN (Defapress) - Russian troops blocked the path of a US military patrol in northeastern Syria on Saturday for violating a security protocol.
News ID: 83486 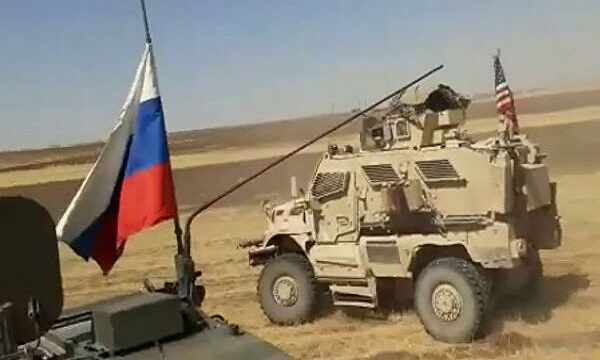 According to a report by the UK-based َAl-Araby website citing Russian media, the US patrol did not give prior notice to the Russians when they allegedly violated a disengagement agreement.

Four US armoured vehicles were turned back along the M4 road, 10 kilometres west of the town of Tal Tamr, Hassakeh province, after Russian troops intervened, RT  said quoting Kurdish sources.

This was due to the US violating existing security protocols between Moscow and Washington.

Russia said the US did not give prior notice to the troop movements as per a "disengagement" agreement.

Tensions between the two sides have erupted in Syria including in July when US soldiers blocked a Russian military patrol in Hassakeh, Al-Araby website report added.