TEHRAN (Defapress) - Pakistani Prime Minister Imran Khan congratulated the Iranian President-elect on his victory in the June 18 presidential elections and expressed hope for a face-to-face meeting with Ebrahim Raeisi in the near future.
News ID: 83532 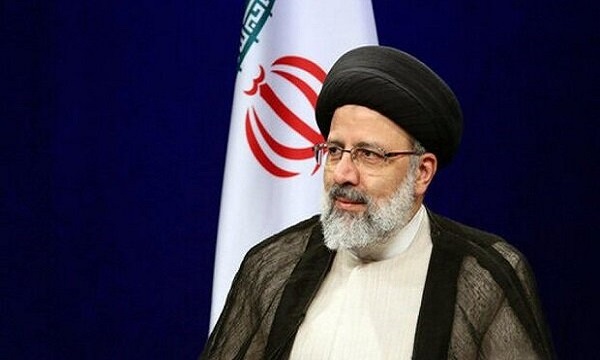 According to a statement by the public relations department of the Iranian president-elect Office, in a telephone conversation with Seyyed Ebrahim Raeisi, the Pakistani PM Imran Khan congratulated him on his election win.

Imran Khan said in the phone call on Sunday afternoon that "I studied your autobiography and realized that you are a prominent religous scholar."

The Pakistani PM referred to the issues of mutual interests and said, "We are concerned about the situation in Afghanistan and the fall of the country in a long war."

He said that the best solution for Afghanistan is a political solution, something that is difficult to achieve in the current situation, according to Khan.

The Pakistani prime minister expressed hope that he would meet with the President-elect of Iran in the near future to discuss various issues, including mutual opportunities and concerns.

Ayatollah Raeisi, for his part, expressed his gratitude for the phone call and congratulatory message of the people and the government of Pakistan and said that the intertwined ties between the two nations and the broad and diverse potentialities of the two countries lay a good ground for promoting cooperation in various fields.

The president-elect also said that "In economic diplomacy, the new government looks at all the economic potentials of its neighbors as valuable opportunities for cooperation, and therefore no economic potential would be neglected."

Raeisi said achieving "sustainable security" was possible only through the participation of countries in the region, adding that "as experience shows that foreigners sow the seeds of insecurity and institutionalize instability under the pretext of creating security."

The president-elect described Palestine as key for the integration of the Islamic world. He also described the effective and continuous defense of the oppressed nation of Palestine as the guarantor of "the stability of regional security."

Ayatollah Raeisi also expressed concern over the situation in Afghanistan and said, "Afghanistan's security is important to us and this security must be established by Afghans."