TEHRAN (Defapress) - The war in Ukraine has created a new delicate moment in international relations, putting to test alliances and relations between countries around the world including in the West Asian region.
News ID: 83880 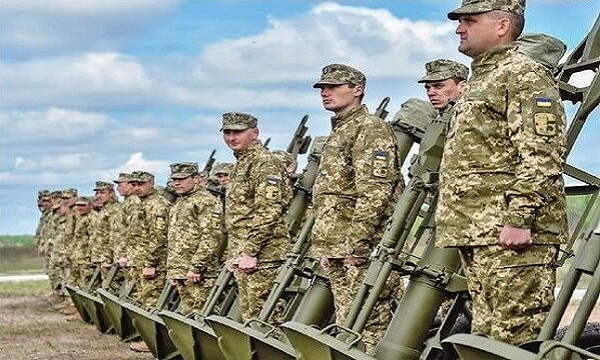 Reactions to the Ukraine war in the region are telling. Several regional countries that are seen as US allies have adopted positions that are indicative of fractures between the US and its allies in the region. Israel, the most important ally of the U.S. in the region, has grudgingly condemned the war in Ukraine. Turkey taking a jab at the West even as it condemns the war.

The fractures are more evident in the Persian Gulf region. Arab allies of the US in this vital region have adopted almost a neutral stance, calling for de-escalation without openly criticizing Russia. The Arab allies, who happen to be the oil-exporting countries expected to cushion the blow of soaring oil prices through pumping more oil, are reluctant to rush to Washington’s rescue. In doing so, they are sending messages of complaints about past US negligence toward their needs.

The only country in the region that is adopting a balanced position is Iran which has called for dialogue and diplomacy to settle differences. At the same time, Iran clearly highlighted the risks associated with the expansion of NATO toward the East.

This position was pronounced by Iranian President Ebrahim Raeisi in a phone conversation with his Russian counterpart Vladimir Putin. Raeisi stated that the expansion of NATO to the East creates tensions, according to a readout released by the Iranian presidency.

“The expansion of NATO is a serious threat to the stability and security of independent countries in different regions,” the Iranian president told President Putin.

“Security concerns about the growing and provocative trend of NATO expansion to the East are understandable for all independent countries and those opposing US dominance. At the same time, compliance with international law and humanitarian law and reliance on dialogue and diplomacy are necessary to stop conflicts,” the spokesman said on Twitter.

Earlier, the Iranian foreign ministry spokesman, Saeed Khatibzadeh, expressed regret over the start of military actions and the escalation of hostilities in Ukraine. He said Tehran was following the developments in the country with concern.

Iran’s position toward the crisis in Ukraine is two-pronged: Understanding Russia’s concerns over NATO expansion and favoring diplomacy over war.

This was clear in the statement Khatibzadeh issued on the situation in Ukraine. He said, “Unfortunately provocative moves by NATO spearheaded by the US have led to a situation which has pushed the Eurasian region on the cusp of a big crisis.”

He underlined that Iran invites the two sides to stop the hostilities and establish a ceasefire for immediate talks in order to resolve the crisis through political means.

The Iranian position was measured right from the start. As the crisis unfolded in Ukraine, Khatibzadeh said Iran invites all sides to exercise restraint and believes any action that could escalate tensions should be avoided. Khatibzadeh also called on all sides to work to resolve disagreements through talks and within a peaceful framework.

But the spokesman also drew attention to concerns about NATO expansion. “Unfortunately, interference and provocative measures by NATO and led by the US have made things more complicated in this region,” he said.