Marty Nasr Esfahani in his testament : God, because of my devoting to ‘hazrat zahra’ (PBUH) , Forgive me if I miss the free hand and accept it.
News ID: 66192 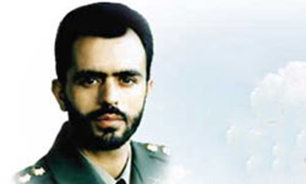 According to the reporter, "sajad martyr Nasr esfahani 10September 1959 in Isfahan. In most marches and demonstrations against the Pahlavi regime. Martyr Nasr Esfahani with the beginning of the imposed war embarks on the front. In the early days of his presence in the operational area and the injured were shifted to hospital in susangerd.

Martyr Sayyad Shirazi martyr nasr esfahani recommended to serve in the military as their occupation and the cadets entered the Faculty in 1361. Over the years his 1367 Kirkuk area of Iraq's marivan and pnjoin were severely injured and at the same time to a single intermediary chemical pollution also Baathist enemy chemical warfare.

Martyr nasr esfahani the year 1954 with the fact that good physical condition wasn't as Commander of the Division type 1 implementation 77 Samen al- ayemeh (AS). In 1976he had mjrouhit to General chemical pollution and deteriorating again. 19 November- Martyr nasr esfahani 1976 finally to achieve a sublime testimony.

Testamentary text of this martyr has visited the souvenir to continue:

O Allah! Because the love of Hazrat Zahra (SA), if you are tired of the empty hand and forgive me ghbolm am people!.

Great God! Dear Supreme Leader of the Islamic revolution of Iran revolution and nation until the emergence of your last save keep go right ahead and with the advent of Hazrat Mahdi (PBUH) in the heart of this nation has oppressed with healing hands mbarksh e. Fermat.

The great God of death due to me and my family to witness people.

Dear parents and wife mehrbanam, who during the years of sacred defense and after that I wrote for and supported Sadiq with empty hands I built and tail berniaord solubility can tlebm.