TEHRAN(defapress) –Turkey is planning to deploy air and naval forces to its military base in Qatar in addition to ground troops who were already deployed, the Turkish envoy to Doha said.
News ID: 68393 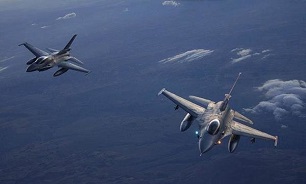 Speaking at a press conference in Doha on Turkey's recently launched Operation Olive Branch in Syria's Afrin, Turkish ambassador Fikret Özer said all ground, air and naval forces will be deployed to Doha, without giving a timeline for the deployment.

Ankara and Doha would determine the "timeline of the construction of the necessary infrastructure and when these forces will be deployed through talks," Al Jazeera quoted Özer as saying.

Özer did not disclose the number of Turkish troops currently stationed in Qatar, saying it was up to Doha to share such information since it was the host country.

The already-strong ties between Turkey and Qatar were strengthened after Saudi Arabia, Bahrain, the United Arab Emirates and Egypt cut ties with Qatar in early June, accusing it of backing extremism and fostering ties with their rival Iran.