Khadije Safarpor, wife of the martyr's defender shrine, "Mostafa Zal nezhad", wished to have a faithful and pure, and God satisfied her wish.
News ID: 68852

According to epic and jihad group of Defapress, we have a conversation under the pretext of the anniversary of the martyrdom, which was loyal to Islam and revolution for his whole life. A martyr, whose wife, God enormous, had a wish to have a pure and faithful man, and this was his dream. The martyr's wife said: "even though the news of Mustafa's martyrdom is a pleasure and honor to us and to this day we are proud of it, but I have missing all my life ..." In the following, "Khadije Safarpor" tells us from his martyr's wife:

The sort of my associate with my martyr's wife was very interesting. I had a lot of edifying and spiritual activities from my teenage years, and I liked to wear a tent from my childhood. I used up that age in student mobilization and I became familiar with Al-Taha's religious allocation, and my attention in spiritual works was multiplied before. I was involved to my plank before Mr. Mustafa.

Given the truth that every girl wants to be alone in an instant of time and have a accompanying person for her, I also wanted a man in my time (2005) to understand me. At that time, at my time, Imam Zadeh Ibrahim (AS), Amol, I was teaching the Qur'an. I had sworn God enormous to have a pure and believing wife. 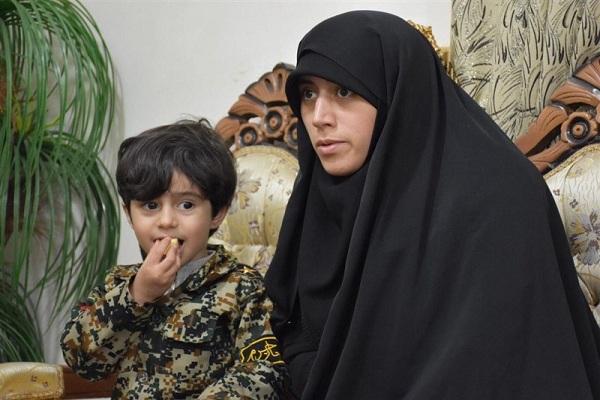 After some time, a meeting was detained at the home of a friend by the head of the allocation, where both Mrs. Mustafa and the chairman of the allocation came to the meeting. On the way, he saw me and heard me at a meeting that I had a short talk with, and then said: "I am satisfied with your performance and veils," and the short talk of our team made him involved and made the issue seriously talk to your family. Finally, after the talks and festivities of the families, we also attached the Prophet Muhammad (PBUH) in 2005. After three years of marriage, we lived in Tehran, where a 9-year-old girl and a 3-year-old boy named Fateme Zahra and Mohammad Taha are between the result of the marriage.

Throughout these years of wedded life, even if there may be differences of opinion among the two persons, these disagreements did not pessimistically involve our marital life. My martyr's wife was kind, kind and enduring, and I had come to my thoughts. The wish of a believing man, a clean friend and a friend of mine, I must say that I did not see him bad throughout this age and always had my air. If the irritation arose, we would never have been angry and Mr. Mustafa, with his own management, corrected the association of these annoyances. 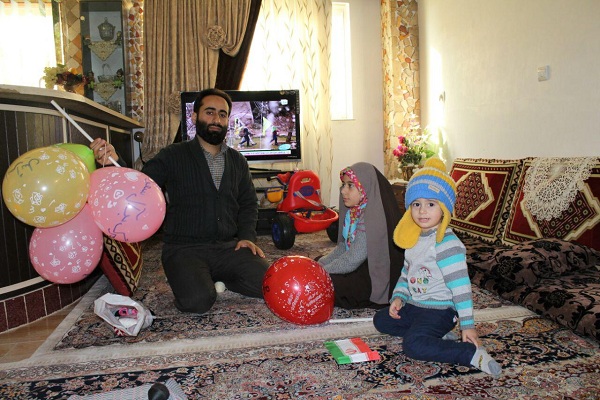 This life went on quietly with Mr. Mustafa until he first arrived in Syria in February 2009. In that year, when the war in Syria had not yet started, my servant accompanied him along with his daughter during the mission. Mr. Mustafa went to Syria for security missions, and even when we were transferred to Amol, these assignments continued. I exhausted four years of Ramadan without my wife. At the end of the month of Ramadan, 2017, I asked him to return from Syria. I had the freedom of having an Iftar and Sahra with Mustafa who, happily, wished to be fulfilled, and the dear martyr had stayed for three days, came home to Eid al-Fitr. Most of the time, martyr was not at my side because of my usual assignments. But I have to say truthfully that we were jointly and religiously, and both of us had a great interest.

Mr. Mustafa would thrive every time he went to Syria, and his assignments made him development. He did not have a dreadful death, and always followed his testimony on his legs. The images of his presence in Syria showed us that there were Shiites near them. He would tell me: "I wish I could be and put my head in the path of Hazrat Zaynab (S) ..."

Mrs Mostafa had a great deal with my father. My dad died of a crash, and my descendants caused my father's death to go back my martyr's wife to the assignment. They were taking 2 weeks off; though, they continually contacted Mustafa from Syria and said they needed to be present in operational regions. I saw that his body was here; but the realism was something else. When I saw his worries, I told his that it would be better if she went to Syria to see what she was doing. Do not worry about me and the kids.

He remained in Syria for about two months until Aleppo was unrestricted and was released on leave for three weeks. After the termination of his leave and that he should return to the operational regions, this time I was hectic and I could not let go. Every time I went to Syria for a assignment, I thought it was easy for me to go back, and I did not feel concerned; but on this final journey of the sea I was stormy and as if someone in my ears read that Mustafa had not returned ... 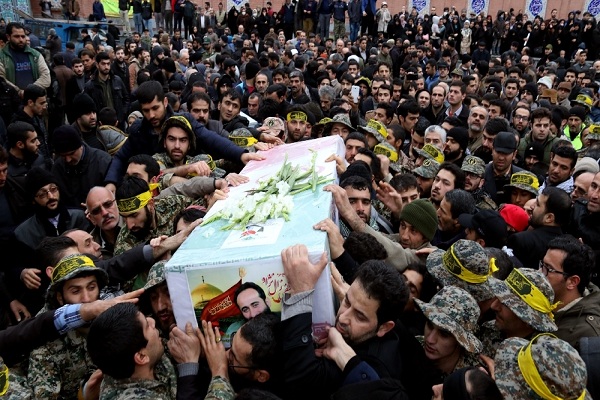 That supposed the fact and I lost my darling. Although the news of Mustafa's tmartyrdom is a pride and respect to us, and to this day we also worship our honor; but I lost all my life, and I stayed and two young children who should be familiar to having no father. I'm sure Mustafa is beside us and prays for us. Believe me, I feel totally at home, and I know that he always remembers us. I hope to intervene for me and my children on the Day of Resurrection.

Martyr Mustafa Zal nezhad was the guard of the city of Amol, who was martyred on March 26, 2016 in the fight against Takfiri terrorists in the province of Daraa in southern Syria. This martyr's protection of the shrine was 35 when she was a martyr, and he has two daughters and a son.