Zarif to start European tour with economic ties on agenda

TEHRAN (defapress) – The Foreign Ministry spokesman said Sunday that Iranian foreign minister will leave Tehran for the Balkans region and Eastern Europe on Monday along with a high-ranking economic and political delegation.
News ID: 68871 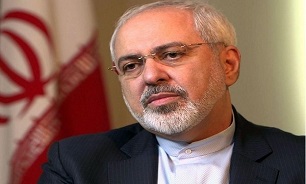 The Foreign Ministry spokesman Bahram Ghasemi said on Sunday evening that Foreign Minister Mohammad Javad Zarif will start an official visit to the Balkans and Eastern Europe on Monday to hold talks with Serbian, Bulgarian, Croatian and Bosnian officials.

Ghasemi added that a high-ranking political and economic delegation comprising of a number of CEOs of Iranian enterprises from both private and public sectors will accompany Zarif on the trip.

Ghasemi also declared that meeting with foreign ministers and other top officials of those country as well as holding joint conferences between Iranian businessmen and their Eastern European counterparts are on the agenda.