Germany Can Extradite Puigdemont to Spain for Graft, Not Rebellion: Court

A German court ruled Thursday that deposed Catalan leader Carles Puigdemont may be extradited to Spain, but only for alleged corruption and not on the more serious charge of rebellion.
News ID: 71159 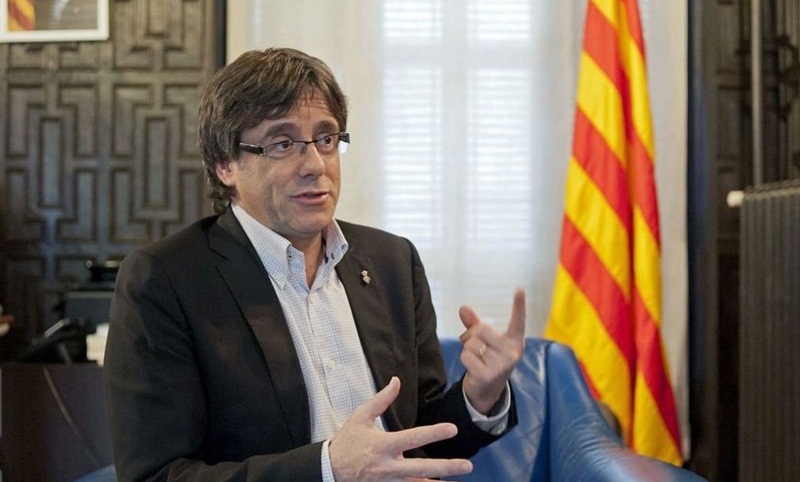 Puigdemont was detained in Germany in late March on a European arrest warrant from Spain for his role in Catalonia's failed independence bid last October.

Madrid wants Puigdemont to return to Spain so he can face trial for alleged rebellion, which carries a sentence of up to 30 years.

A court in Schleswig-Holstein had released him on bail on April 6 after finding that he could not be extradited for rebellion -- which is not punishable under German law.

The court argued that the closest legal equivalent, high treason, did not apply because Puigdemont's actions were not accompanied by violence.

It reiterated that reasoning in its ruling Thursday.

"The alleged actions by the former Catalan government leader do not amount to the German crime of high treason nor the charge of breach of the public peace," the court said.

"The amount of violence required for the charge of high treason was not seen in the altercations in Spain. Breach of the public peace does not apply because Carles Puigdemont was only involved in carrying out the (independence) referendum."

The court noted that European legal practice stipulates that the receiving country -- in this case Spain -- can try the accused only on the charges approved in the extradition.

This means Spain could not continue legal proceedings against Puigdemont on rebellion charges after his return from Germany.

German prosecutors said in a separate statement that they would decide whether to formally approve the transfer of Puigdemont to Spain in the coming days.