TEHRAN (defapress) – Australia is to help Papua New Guinea develop a navy base and train police, Prime Minister Scott Morrison said on Thursday, the latest Australian action to protect its interests in the Pacific in the face of a more assertive China.
News ID: 73430 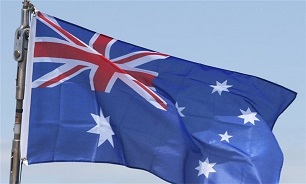 Australia has for decades enjoyed largely unrivalled influence in the Pacific but China has in recent years turned its attention to a region blessed with abundant natural resources.

Papua New Guinea (PNG) said this year China was interested in funding the re-development of a navy base on Manus Island, an offer that diplomatic sources said worried Australia and its Western allies. Morrison said in a speech in Sydney Australia would fund the project, Reuters reported.

"I will formally commit to a joint initiative to develop the base on Manus Island," Morrison said.

PNG's navy is made up largely of patrol boats, mostly donated by Australia, and landing craft.

Australia's navy would make visits to the new base, Morrison and PNG Prime Minister Peter O'Neill said in a statement.

They did not disclose the cost of the project. Australia has in the past used its aid budget to fund similar security projects in the region.

"Australia was particularly worried about China funding the port ... in a strategically important region," said a Western diplomat who declined to be identified as he is not authorized to speak to the media.

Australia said this year it will use part of a record allocation of aid for PNG to lay an undersea internet cable, assistance aimed at shutting out Chinese telecom giant Huawei Technologies Co Ltd amid national security concerns.

Australia has also boosted its diplomatic staff in the region.

However, its effort to build up alliances has been dented somewhat by its refusal to support radical action on climate change, which is regarded as a security issue in the Pacific where islanders are already feeling the effects of rising seas.

O'Neill pointedly said he expected it to be the top topic of conversation at a barbecue Morrison is hosting for Pacific leaders in Port Moresby this month, on the sidelines of an Asia-Pacific Economic Cooperation forum leaders' meeting there.

"One thing foremost on their minds is climate change and then we look forward to the Australian government's leadership on that," O'Neill said before meeting with Morrison in Sydney.