US responsible for killing Yemenis

TEHRAN(defapress)- President of the Yemen's Revolutionary Committee referred to US claims on sending American arms by Saudi Arabia and the UAE to Al-Qaeda and Salafi militias, saying US is responsible for killing Yemenis.
News ID: 75436 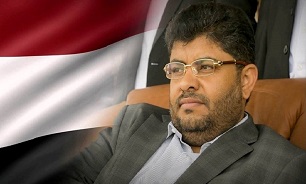 According to the Yemeni media 'Al-Masirah', Mohammed Ali al-Houthi said if it comes true, it will bring an intelligence scandal for the US meaning that the country has no mechanism to control its arms and has given weaponry to others with no conditions and against international regulations.

The US media 'CNN' earlier announced that Saudi Arabia and its allies have transferred American arms to Al-Qaeda, Salafi militias and other groups in Yemeni war.

Al-Houthi called for taking practical steps and decisions to stop US support of Saudi coalition against Yemen as the real roadmap for supporting peace in Yemen.