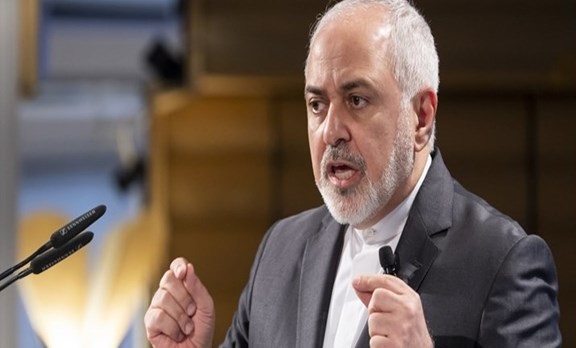 His tweet came after Pompeo said on Thursday “it’s possible” that President Donald Trump was sent to protect the Jewish people from the threat of Iran.

During an interview with Pompeo broadcast on the Christian Broadcasting Network, Middle East bureau chief Chris Mitchell noted that Wednesday and Thursday marked the celebration of Purim, which is derived from the story of Queen Esther, who in the Hebrew Bible was married to a Persian king and saved thousands of Jews from being killed.

“Could it be that President Trump right now has been sort of raised for such a time as this, just like Queen Esther, to help save the Jewish people from the Iranian menace?” Mitchell asked Pompeo.

“As a Christian, I certainly believe that’s possible,” Pompeo, who was visiting Israel, replied.

Earlier in mid-February, Foreign Ministry Spokesman Bahram Qassemi said that historical and cultural records prove how Jews have been treated respectfully in Iran, dismissing the anti-Tehran accusations of US Vice President Mike Pence as absurd and grudge-driven.

Tehran censured Pence for accusing Iran of Nazi-like anti-Semitism, saying such "absurd" allegations originating from a grudge and anger would fail to have any impact on Iranian Muslims' opinion of Jews inside and outside the country.

"Exercise patience, study and learn that history is full of facts that no power will ever be able to erase or change," Qassemi said in reaction to Pence's accusations.

After visiting the Auschwitz concentration camp in Poland on February 15, the US vice president accused Iran of Nazi-like anti-Semitism, repeating his harsh rhetoric against Tehran.

Pence said the camp had made him more determined to act against Iran.

He was speaking just a day after he urged Washington's European allies to withdraw from the landmark Iran nuclear deal, officially known as the Joint Comprehensive Plan of Action (JCPOA), and accused them of trying to break US sanctions against Tehran.

He added that Iran's ancient history and civilization clearly proved the Iranian people's respect for other cultures and followers of different divine religions.

The Iranian spokesperson emphasized that the underlying principle of the Islamic Republic's foreign policy was based on opposing the "aggressive and occupying nature of the fake and illegitimate Zionist regime" of Israel which is a "killing machine against Palestinian people."

The Tel Aviv regime is the reason behind discord and division among regional countries and the root cause of costly crises and tensions in the Middle East, he pointed out.

In a related front, Iranian Foreign Minister Mohammad Javad Zarif tweeted early in this month, “Iranians—including our Jewish compatriots—are commemorating 40 yrs of progress despite US pressure, just as @realDonaldTrump again makes accusations against us @ #SOTU2019.”

“US hostility has led it to support dictators, butchers & extremists, who've only brought ruin to our region,” he added.

Zarif’s post on his Twitter page came after the US President Donald Trump accused Iran of threatening genocide against the Jewish people.

This is while Head of the Jewish community of Tehran Rabbi Yunes Hamami, in a ceremony on January 30, hailed the status of religious minorities in Iran, underlining that the Islamic Revolution laid the ground for coexistence among different religions and ethnicities.

Hamami made the remarks in the opening ceremony of ‘Imam Reza and the Dialogue among the Religions’, during which he said, “For centuries, Iran has always been the land of peace and coexistence, and the various ethnic groups of Iran have been living together in peace and tranquility.”

Rabbi Hamami also said that after the Islamic Revolution, a new perspective was introduced by Imam Khomeini which urged for cooperation, and integration among the followers of different religions.

He went on to add that Imam Khomeini said “our religion is monotheism, Iran is our country and we are a single nation. These statements by Imam Khomeini opened a new path for interfaith dialogue based on mutual respect.”

He further added all Iranians from different religious and ethnic backgrounds were united to defend their country during eight years of the imposed Iraqi war, adding the enemies discriminately attacked Iranians regardless of their faith and ethnicities.

He added that the Islamic Revolution laid the ground for peaceful coexistence among followers of different religions in Iran and provided the chance for them to get to know each other better while preserving their identities.

Also Iranian Minister of Culture and Islamic Guidance Abbas Salehi said, on February 03, that ethnic groups are enjoying a very good condition in Iran thanks to the Islamic Revolution of 1979, urging the scholars of all religious minorities to fight against the spread of extremist ideas among believers.

"The recent remarks by US Vice-President Mike Pence and US Foreign Secretary Mike Pompeo about the rights of religious minorities in Iran are fully baseless and do not conform to the existing realities," the statement said.

It underscored that the religious minorities are free to practice their religious rituals and enjoy social rights and cultural freedom based on Iran's Constitution, adding that the country has paved a proper ground for them for peaceful coexistence and growth.

The statement rapped the US government's silence on the violation of the rights of the Shiite community in Saudi Arabia and Bahrain and massacre of the Muslims in Myanmar, Yemen and Gaza, which they said is an indication of the US leaders' non-commitment to religious freedom and human rights laws.

In relevant remarks in 2017, Representative of Iranian Assyrians at the Parliament Yonatan Betkolia underlined that the religious minorities in Iran enjoy complete freedom.

"These freedoms are to such an extent that it is not comparable with any regional country; they include freedom in all cultural, educational, social and religious aspects of the religious minorities residing in Iran," Betkolia said.

He said the Assyrian community has been living peacefully in Iran for over 3,000 years which shows the peaceful nature of the Iranians.

"We thank God that we live in a safe country like Iran; there is security for all Iranians These freedoms are to such an extent that it is not comparable with any of the regional countries; they include freedom in all cultural, educational, social and religious aspects of the religious minorities residing in Iran," Betkolia said.

He reiterated that the Iranian Assyrians enjoy high level of safety in all Iranian cities, including Tehran, Fardis, Karaj, Orumieh, Salmas, Ahvaz, Shahinshahr, Hamedan and other cities where Assyrians live in Iran.

He said the Assyrian community has been living peacefully in Iran for over 3,000 years which shows the peaceful nature of the Iranians.