TEHRAN (defapress)- Iranian Interior Minister Abdolreza Rahmani Fazli in a phone call with his Iraqi counterpart Othman Al-Ghanimi said that the two nations need to promote security and peace, and noted that Tehran and Baghdad can cooperate to combat terrorism.
News ID: 81409 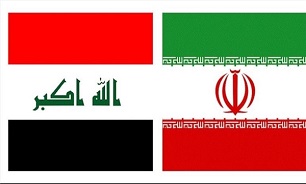 Rahmani Fazli expressed the hope that at the upcoming meeting the two sides would sign the already-prepared security MoU.

He noted that the two countries can cooperate to fight terrorism, organized crimes, and drug trafficking.

The minister further noted that the Iranian and Iraqi police can interact to maintain border security.

Al-Ghanimi, for his part, said that two nations can cooperate in the fields of security, politics and economy.

Security between the two countries is largely established, he said, adding that the two sides must prevent their soils from being used against the neighboring countries.

In relevant remarks in May, Iraqi Defense Minister Juma Anad Saadoun in a meeting with Iranian Ambassador to Baghdad Iraj Masjedi underscored his country’s willingness and preparedness to further reinvigorate relations and cooperation with Tehran.

During the meeting in Baghdad on May 20, Anad appreciated Iran's efforts in fighting terrorism.

He said Iraq is ready to promote cooperation with Iran.

Masjedi, for his part, congratulated Anad for his election as defense minister of Iraq.

He also underlined Iran's readiness for developing relations with Iraq.

The Iranian ambassador noted that no efforts will be spared in line with having a powerful Iraq.

Earlier in May, Iranian President Hassan Rouhani said stability in Iraq is important, and stressed the need to boost Tehran-Baghdad ties.