TEHRAN (defapress) – Mahmoud Mousavi Majd, who was sentenced to death for spying for the Mossad and CIA, was executed on Monday morning.
News ID: 81586 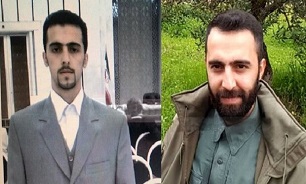 According to the Judiciary media center, Mahmoud Mousavi Majd has been executed on Monday morning after the ruling was issued by the related court.

In early June, Iran’s Judiciary Spokesman Gholam Hossein Esmaeili said that Mousavi Majd, a spy linked with foreign intelligence services has also been sentenced to death. “Recently an individual named Seyyed Mahmoud Mousavi Majd, who had been connected with Mossad and CIA services and had collected and transmitted intelligence on the location of Martyr General Soleimani, has been given a death sentence by the Islamic Revolution Court.”