TEHRAN (Defapress) - Iranian envoy to Pakistan said all doors are open for the development of Tehran-Islamabad relations.
News ID: 83098 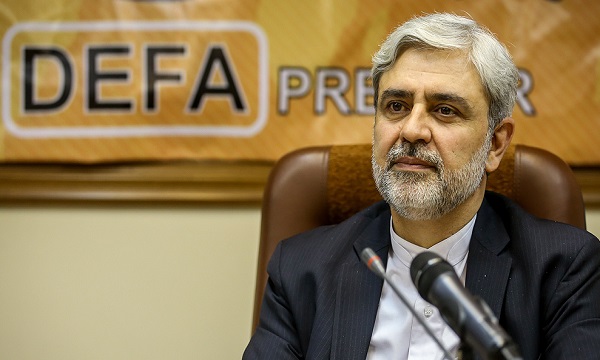 In an interview with SUCH TV, Mohammad Ali Hosseini said: "All doors are open for the development of relations with Pakistan, and Tehran-Islamabad relations will never be affected by our relations with any other country."

"Fraternal relations between the two countries are not affected by Iran's relations with any country, and according to the Supreme Leader of the Islamic Revolution, all doors are open for the development of Iran-Pakistan relations," he said.

"The Islamic Republic of Iran has so far fulfilled its obligations to Pakistan in various contracts, including the electricity and gas supply joint agreements, and we wait for the Pakistani brothers to fulfill their obligations under joint cooperation projects," the ambassador said.

"Despite the problems, cooperation and partnership between the two neighboring countries of Iran and Pakistan can be expanded," Hosseini noted.

Answering a question about the level of security and border cooperation between Iran and Pakistan to deal with non-governmental actors, terrorist groups, and separatist elements on the borders of the two countries and ways to take reassuring measures to address the problems, he explained that Pakistan's security and territorial integrity are important to the Islamic Republic of Iran, and Iran has paid a high price for countering terrorist groups and securing the region.

He continued that the two countries have a high level of security cooperation and the exchange of military and security delegations is well underway.

The ambassador also informed of the upcoming visit of the Chief of Staff of the Iranian Armed Forces, Major General Bagheri to Pakistan.

Hosseini said that the major barriers to mutual trade problems between the two sides lie in the brutal, unprecedented, and illegal US sanctions that have escalated to the point of economic warfare against Iran.

"Our friendly and neighboring countries have naturally been affected by these sanctions, and our financial and banking cooperation are subject to these sanctions," he noted.