Russia not to hinder if any agreement reached in Vienna talks 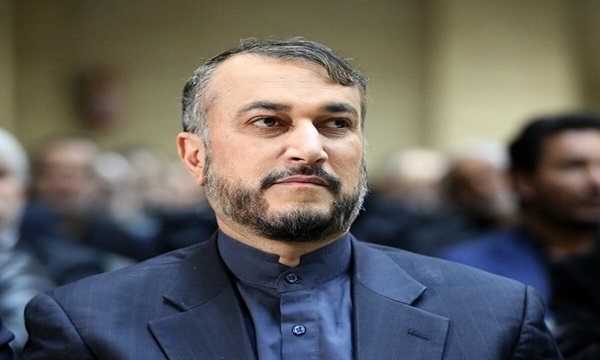 "We certainly want the sanctions to be lifted, but with dignity and stability," said Amir-Abdollahian, adding that however, President Raiesi has always emphasized to all cabinet members in meetings that the focus should not be on Vienna, but that all institutions should act to neutralize sanctions and to promote the sustainable development of the economy and trade in the country."

"It was necessary to pause the negotiations because we came very close to a conclusion with the three European countries on technical issues," the foreign minister said referring to the Vienna talks. "Simultaneously, We faced the crisis and the war in Ukraine. While the Islamic Republic of Iran has at the highest level expressed its opposition to the war in Ukraine, Yemen, Afghanistan or any other country, we have also stated our opposition to the imposition of unilateral sanctions."

Therefore, Iran does not consider war as a solution in Ukraine. A political solution should be considered as the only solution to the Ukraine crisis, the FM noted, adding that in this regard, the diplomatic efforts of the Foreign Ministry are still ongoing.

Amir-Abdollahian went on to say, "West told us that since the start of the Ukraine war, the situation is that even if we reach an agreement [in Vienna], Russia will not go along with the agreement. During the telephone conversation we had with Mr. Lavrov and during my visit to Moscow, we had very clear and transparent talks. Our agreement with the Russian side was that if our red lines were fully observed and we reached an agreement in the Vienna talks on lifting the sanctions at any time, Russia would not be an obstacle in the way of reaching an agreement."

"The American side has raised excessive demands in the last two or three weeks. Although much of the text has been agreed upon, the US makes suggestions that contradict some parts of the text. They are sometimes interested in unilaterally raising and imposing new conditions outside the framework of the negotiations that have taken place in the field of lifting sanctions," the Iranian diplomat noted.

Iran will not cross its red lines, he said, adding that if Iran's red lines are observed, a good agreement will be reached. "We will continue to pursue a dignified, good, strong and lasting diplomatic path to reach an agreement that lifts sanctions."