Kim warns N Korea would preemptively use nukes if threatened 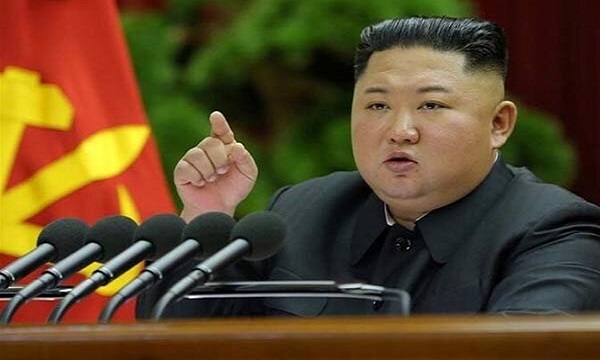 Kim called on Pyongyang’s top military brass to “maintain the absolute superiority” of North Korean armed forces so that they could “preemptively and thoroughly contain and frustrate all dangerous attempts and threatening moves, including ever-escalating nuclear threats from hostile forces, if necessary,” the country’s official Korean Central News Agency (KCNA) reported Saturday.

Pyongyang should continue to build up its arsenal so that it can have the "overwhelming military muscle that no force in the world can provoke," Kim said, describing the effort as the "lifeline guaranteeing the security of our country."

He made the remarks during a meeting with top military officials to praise their work on a parade last Monday in which Pyongyang showcased the biggest weapons in its nuclear program, including intercontinental ballistic missiles that could possibly reach the US mainland and a variety of shorter-range solid-fuel missiles that could strike US-allied regional rivals, South Korea and Japan.

The parade marked the 90th anniversary of North Korea’s army as the country intends to revive its nuclear brinkmanship in an effort to press the US to recognize Pyongyang as nuclear power and remove its brutal economic sanctions.

Addressing thousands of troops and spectators at the event, Kim further vowed to develop his nuclear forces at the “fastest possible speed” and threatened to use them if provoked.

He also underlined that his nuclear arsenal would “never be confined to the single mission of war deterrent” in situations where the North faces external threats to what he referred to as “fundamental interests.”

Kim also hinted at Pyongyang’s intent to continue testing weapons to turn up pressure on Washington and Seoul, which regularly stage joint war games near the North Korean territorial waters.

The development came as South Korea gets set to inaugurate a new conservative government next month that could take a harder line against Pyongyang following the derailed engagement policies of current liberal President Moon Jae-in.

North Korea has so far carried out 13 rounds of weapons launches this year, including its first full-range test of an ICBM since 2017. It test-fired an ICBM at full range last month and satellite imagery has reportedly shown signs of activity at a nuclear testing site.