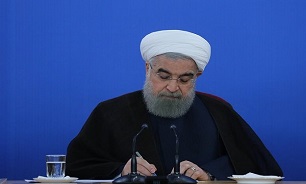 In a message to Nicaraguan President Daniel Ortega Saavedra on Saturday, Rouhani “sincerely” felicitated the 197th anniversary of Nicaragua’s independence.

The Iranian president further expressed the hope that Tehran-Managua friendly and brotherly relations would expand more than ever in all areas, the economy in particular.

He further wished success for the Nicaraguan president and prosperity for the Latin American nation and government.

The promotion of ties with Latin American countries has been among the top priorities of the Islamic Republic's foreign policy over the past decades.