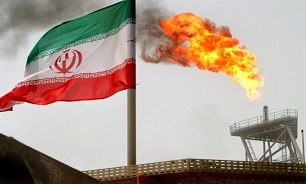 Indian sources indicated that an official announcement could come over the next few days regarding the waiver that was granted by the US which would allow Indian oil companies to continue to import oil from Iran until March.

The US plans to re-impose oil-related sanctions on Iran on November 4 to pressure it to renegotiate a new nuclear deal, threatening to cut off any country, or company from the American financial system if they traded with Iran without US consent.

The US has insisted it wanted everyone to reduce oil imports from Iran to zero eventually, but was open to country-specific waivers that would allow limited imports by those pledging ‘significant’ cut. India and other key importing countries have been engaged for months with the US for a waiver.

“India and the US have broadly agreed on a waiver. India will cut import by a third, which is a significant cut,” a source said, according to Economic Times.

India had imported about 22 million tons of crude oil from Iran in 2017-18 and planned to raise that to about 30 million tons in 2018-19. But, as a condition of waiver, Indian oil firms will reduce their imports significantly, the source said. Indian companies can import 1.25 million tons a month up to March 2019, the same as they ordered for October and November, the source said. State oil firms are yet to decide on how this quantum will be split between them. A waiver will come as a big relief to Indian Oil and MRPL, the two largest Iranian oil consumers.

How companies will pay for Iranian oil is still being negotiated between India and Iran, sources said, adding that it’s likely that the two countries will stick to the existing mechanism under which 55% of payment is made in euro and 45% in rupee through UCO Bank. Under this, rupee is used for import of rice, drugs, and other products from India while the balance proceeds in rupee and euro sit idle in the Indian bank waiting for sanctions to go.

Indian and the US officials have been negotiating for months on terms of waiver from sanctions. India prefers Iranian oil as it comes cheap and suits many refineries' technical configuration.