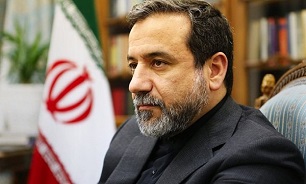 Iranian Foreign Ministry’s Spokesman Bahram Qassemi said on Monday that serious economic, cultural and political issues, as well other issues of mutual interest, will be discussed during Araqchi’s visit to Afghan capital city of Kabul.

The diplomat added that one of the issues to be dealt with on the visit will be the Iran-Afghanistan strategic cooperation document, which has five committees, two of which have not finalized their discussion yet.

As long as the writing of the document for long-term cooperation has already started, he hoped that Araqchi's visit to Afghanistan will be a long step toward preparing the document that should be signed by the presidents of the two countries.

Earlier on the day, Qassemi confirmed Iran’s talks with the Taliban to help the peace process, but meantime, stressed that negotiations with the Afghan group do not mean shared views or stances.

"A delegation from the Taliban was in Tehran yesterday and extensive talks were held at the foreign ministry with Deputy Foreign Minister for Political Affairs Araqchi," Qassemi said.