Houthi Leader Decries UK as Accomplice in War on Yemen 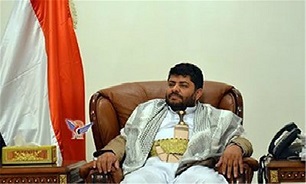 Slamming Hunt’s remarks about Britain’s efforts to establish peace in Yemen as “misleading”, Mohammed Ali al-Houthi said the UK foreign secretary must realize that the Yemeni people are well aware that Britain is literally an accomplice in the military campaign against Yemen, as Yemenis are being killed by the British weapons.

Hunt knows that the British draft resolutions on Yemen are unfair and meant to serve the US and Israeli interests at the UN Security Council, al-Houthi said.

He also stressed that Hunt could not play the role of a just mediator and has no right to present himself as an evenhanded party.

Hunt has begun a three-day visit to the Middle East in an effort to salvage Yemen’s ceasefire, telling Houthis that they must start withdrawing their forces from the port of Hudaydah in line with a UN peace plan.

Hunt has held a meeting with Houthi movement’s chief negotiator, Mohamed Abdul-Salam, in Oman, telling him the withdrawal of troops from Hudaydah needed to happen soon to maintain confidence in the UN cessation of hostilities agreed in Sweden in December.

In November 2018, British charity organization Oxfam said its humanitarian aid projects in Yemen have repeatedly been bombed by the Saudi-led coalition, slamming London for refusing to halt their support and weapon supplies to Riyadh.

In April 2018, the Saudi-led jets struck a water supply system which impacted the livelihood of at least 6,000 people in Yemen, which is suffering one of the worst humanitarian disasters in the 21st century.

The UK government has been widely criticized for its continued support of Saudi Arabia and its arms supplies, which contributed to the destruction of vital infrastructure and mounting civilian casualties.

Since Britain makes billions on these arms sales, over the last three years London has repeatedly dodged the pressure to cut arms deals to the Saudis.

At the same time, despite UK’s hand in exacerbating the crisis, the country has also spent more than £400mn in aid to the country throughout the course of the war. As a potential way out of the spotlight, Prime Minister Theresa May has backed the American call for a “ceasefire” in Yemen, even though the record of the US supporting the Saudis, no matter what, undermines whatever peace initiative they may now try to promote.

Official UN figures say that more than 15,000 people have been killed in Yemen since the Saudi-led bombing campaign began in March 2015.