US’ policies against Iran doomed to failure

TEHRAN (defapress) – Top Military Aide to the Iranian Leader, Major General Yahya Rahim Safavi said on Saturday that the US’ policy of unilateralism against other countries including Iran will result in failure and will make Trump lose its chance in next US presidential election.
News ID: 77061 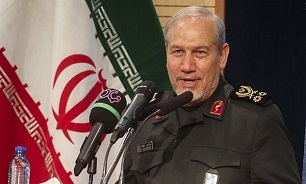 Referring to US’ inability to halt Iran’s oil exports, he added that “Iran, with 154 billion, has the major oil reservoir, after Saudi Arabia, and is the biggest gas reservoir, after Russia, which makes the country the most powerful one in the world regarding gas and oil reservoirs."

“Today, Iran is the pivot of stability and security and the first power in the region with a determining role in West Asia,” he added.

“We want to have all-out relation will all the countries including Persian Gulf littoral states,” Safavi said underlining that it is Iran and its neighboring countries that will remain in the region.

Naming Trump’s administration the worst US government as of that of Jimmy Carter, he added that “we are witnessing a great gap between US’ foreign policies and those of the other countries.”