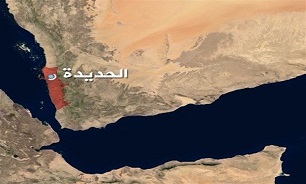 The Houthis began the long-delayed pull out of their forces from the key port of Hudaydah, as well as the two smaller ports of Saleef and Ras Isa, on Saturday as part of a ceasefire deal reached in Sweden in December.

"All three ports were monitored simultaneously by UN teams as the military forces left the ports and the coastguard took over responsibility for security," former Danish Lieutenant General Michael Lollesgaard, head of the UN's Redeployment Coordination Committee (RCC), said in a statement on Sunday, Al Jazeera reported.

The Houthi move is seen as a key first step towards ending the 4-year-old Saudi-led war on Yemen.

Activities in the following days are expected to focus on "removal of military manifestations and de-mining," the UN statement said.

Leading a coalition of its allies, Saudi Arabia invaded Yemen in March 2015 in an attempt to reinstall fugitive former president Abd Rabbuh Mansour Hadi, who had resigned amid popular discontent and fled to Riyadh, and to crush the Houthi Ansarullah movement, which has been significantly helping the Yemeni army against the coalition for the past four years.

The imposed war initially consisted of an aerial campaign, but was later coupled with a naval blockade and the deployment of ground mercenaries to Yemen. Furthermore, armed militia forces loyal to Hadi, in line with invaders, launch frequent attacks against Yemeni people in regions held by Houthis.

The aggression is estimated to have left 56,000 Yemenis dead.

The Saudi-led war has also taken a heavy toll on the country’s infrastructure, destroying hospitals, schools, and factories. The UN has said that a record 22.2 million Yemenis are in dire need of food, including 8.4 million threatened by severe hunger. According to the world body, Yemen is suffering from the most severe famine in more than 100 years.

A number of Western countries, the US, France, and Britain in particular, are also accused of being complicit in the ongoing aggression as they supply the Riyadh regime with advanced weapons and military equipment as well as logistical and intelligence assistance.