Iran Sets Up Task Force to Counter US Cyber Threats 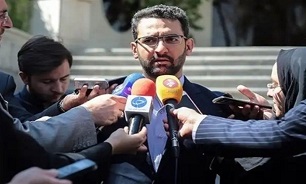 Azari Jahromi on Monday said the Ministry of Communication and Information Technology has developed initiatives to counter the US government’s acts of cyber-terrorism and hostile measures, such as removing Iranian mobile phone applications from Apple company’s iPhones.

“In order to counter those threats, we have set up a task force in the National Center of Virtual Space since a year ago, which has studied various scenarios, threats and sanctions, and the necessary approaches have been adopted,” the minister said.

The bulk of US sanctions on Iran’s cyber sector have been imposed over the past year, he noted, adding that the country’s cyber space has not been disturbed although all international cloud computing providers have ceased providing Internet service to Iranian companies.

The minister said, however, that the US government’s unilateral sanctions have put pressures on Iranian online businesses.

Azari Jahromi went on to say that the necessary plans have been devised to address a possible Internet disconnection, saying his ministry’s initiatives to counter the US sanctions will be soon publicized.

In October 2018, the head of Iran’s Civil Defense Organization said a series of arrangements have been made to counter the US hostile strategies and its potential move to block Iran’s access to the Internet.

Brigadier General Gholam Reza Jalali said the US decision to cut off Iran’s access to the Internet would keep Washington unaware of Iran’s internal developments, adding that Tehran is nonetheless ready to counter such a possible threat.

In August 2016, Iran launched the first phase of its national data network after a gap of eleven years.

The national network offers a new internet system with higher security which officials say will be up to 60 times faster than the best speeds currently available. It is also designed to be more secure to potential cyberattacks.