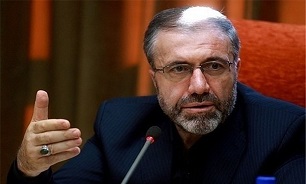 “It is necessary to solve the security issues in the joint borders,” and help facilitate the repatriation of the Afghan refugees, Zolfaghari said at the quadrilateral meeting of Iran, Pakistan, Afghanistan and United Nations High Commissioner for Refugees (UNHCR) on “Afghan refugees’ challenges” in Islamabad.

He expressed Iran’s readiness to exchange information with UN officials to solve refugees' problems, adding Iran has a lot of experience in dealing with immigrants and refugees.

The official also called on the countries and the United Nations to heighten their efforts to prevent conflicts as they can generate more refugees and immigration.

The Q4 meeting in Islamabad is aimed at reaching a roadmap for the repatriation of millions of Afghan refugees from Pakistan and Iran.

Iran has called on the countries to take up on their responsibilities towards the refugees as an international duty.

According to Iranian Deputy Foreign Minister Abbas Araghchi, more than 3 million Afghans are living in Iran, with 2 million having been employed.

Three or four billion euros leave the country with those who make a living in Iran and send money to their families in Afghanistan.

Besides, "About 468,000 Afghan students are being educated in Iran’s government schools, and each student costs us 600 euros a year," Araghchi said.