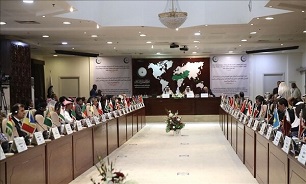 In its final communiqué on Sunday, the OIC summit held in Jeddah, Saudi Arabia, condemned Israel's colonial policies in occupied Palestine and all attempts to change the demographic composition through illegal settlements, Anadolu reported.

The statement also condemned Israel's forced displacement of Palestinian citizens in violation of international humanitarian law, calling these criminal acts a threat to international peace, security and stability in the Middle East and the world.

It slammed Israeli Prime Minister Benjamin Netanyahu's stated intention to “apply Israeli sovereignty on all of the Jordan Valley, northern Dead Sea and settlements in the occupied West Bank”, describing it as a dangerous escalation, a further serious encroachment on the historical and legal rights of the Palestinian people, and a flagrant breach of the UN Charter and international law.

It called on the international community to take all measures required to confront Israel "including boycotting and imposing economic and political sanctions".

It urged all OIC member states to raise the issue of Palestine and the illegitimate Israeli occupation during the 74th UN General Assembly next week.

It said peace and security in the Middle East could not be achieved without a full Israeli withdrawal from the 1967 occupied territory of Palestine, including Jerusalem.