TEHRAN (defapress) – Two Iranian Border Police servicemen were martyred on Friday in an armed clash with gunmen in an outlying border region in the southeastern province of Sistan and Baluchestan.
News ID: 80295 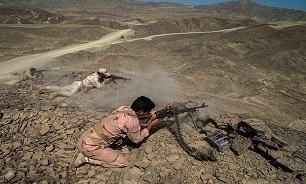 According to the public relations office of Iran’s Border Police, the exchange of fire occurred in Jakigour region, bordering Pakistan, some 450 kilometers south of the provincial capital, Zahedan, and near the borders

Major Sargent Ahmad Rahmani-Fard and Private Ahmad Tavakoli were martyred in the battle.

Armed clashes along the border areas of Sistan and Baluchestan, which neighbors Pakistan, are not rare.

The Iranian Police are often engaged in battles against drug-traffickers and outlaws in the region.