TEHRAN (defapress)- Secretary of Iran’s Supreme National Security Council (SNSC) Ali Shamkhani said that his country has new surprises and achievements which will be revealed in the future, one day after the Islamic Revolution Guards Corps (IRGC) launched its first military satellite into the space.
News ID: 80901 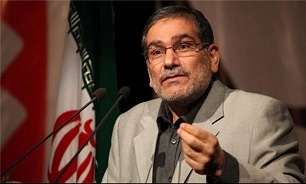 Shamkhani wrote on his twitter page on Thursday that sanctions, intimidation, and political temptation cannot slow down the forward movement of the Islamic Republic to provide its national interests and legal rights.

He added that the constant creation of power using modern science will continue with the purpose of ensuring the security and prosperity of the Iranian people, from hospital to space.

"New surprises are on their way," Shamkhani said.