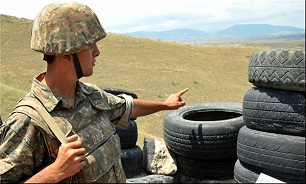 In a statement, Azerbaijan's Defense Ministry said the Armenian army had fired at positions held by Azerbaijan in the Northwestern Tovuz region, according to Daily Sabah.

"The attack by Armenia, with the use of artillery, against the positions of the armed forces of Azerbaijan, along the Armenia-Azerbaijan border, constitutes aggression, an act of the use of force, and another provocation," said Hikmet Hajiyev, foreign policy chief for Azerbaijan's presidency.

Hajiyev pointed out that Armenia launched the "offensive and a provocation during the time when the international community is fighting the COVID-19", bashing Armenia's support of a United Nations initiative for global cease-fire amid the pandemic as "nothing but hypocrisy".

He urged the international community to condemn Armenia's occupation policy against Azerbaijan and its provocative actions along the border.

Yerevan, on the other hand, accused Baku of "using artillery in an attack aimed at capturing (Armenian) positions".

"They were repulsed, suffering losses in manpower. There were no casualties among Armenian servicemen," Armenia's Defense Ministry Spokeswoman, Shushan Stepanyan, said in a Facebook post.

The two former Soviet republics have for decades been locked in a simmering conflict over Nagorno-Karabakh, a breakaway territory that was at the heart of a bloody war in the 1990s.

Sunday's clashes however were far from Karabakh and directly between the two Caucasus states.

Since the fragile 1994 cease-fire, peace talks between Baku and Yerevan have been mediated by the "Minsk Group" of diplomats from France, Russia and the United States.