TEHRAN (defapress) – A second wave of the coronavirus pandemic could hit France in November, a government adviser told local media on Wednesday, as the city of Marseille tightened restrictions to fight the outbreak.
News ID: 81883 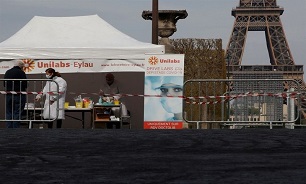 Authorities in Marseille said late on Tuesday that bars and restaurants would have shorter opening times, and they also broadened mandatory mask-wearing in the southern port city between Aug. 26 and Sept. 30, Reuters reported.

“There are fears of a second wave in November,” Professor Jean-Francois Delfraissy, who heads the scientific council that advises the government on the pandemic, told France 2 television on Wednesday.

France has the seventh-highest COVID-19 death toll in the world, and the government is monitoring the figures closely to see if fresh restrictions or lockdown are needed.

Under the new measures, Marseille’s bars and restaurants will have to close from between 11 p.m. and 6 a.m. local time (2100-0400 GMT), having previously been able to stay open until normal closing time at midnight or 1 a.m.

Mandatory mask-wearing will now be compulsory outdoors in public spaces in all districts of the city, having previously only been compulsory in some areas.